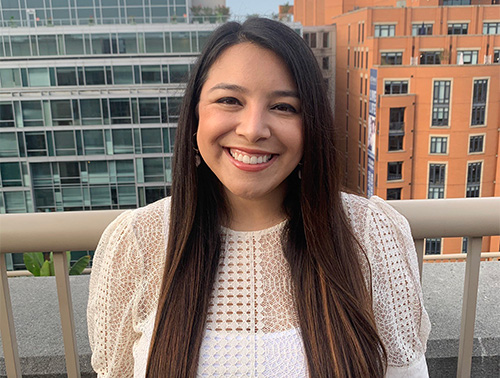 Amy Tamayo joined CDM as a Justice Catalyst fellow based in Mexico City. Through this fellowship she works alongside migrant worker women to tackle the discrimination and other challenges they face in recruitment for U.S. employment and in their jobs in the U.S. Amy has a B.S. in Political Science from Santa Clara University (2013) and a J.D. from American University Washington College of Law (2020). Amy focused on immigration, employment, and labor law in law school and was a student attorney in the Immigrant Justice Clinic, where she worked on labor trafficking and asylum cases. Amy also interned at the Legal Aid Justice Center, DC superior Court for Magistrate Judge Jorge Vila, Farmworker Justice as a Peggy Browning Fellow, and was a member of the Alternative Dispute Resolution Honor Society. Amy grew up in Idaho, is the daughter of immigrant parents from Mexico, and is passionate about workers’ rights.