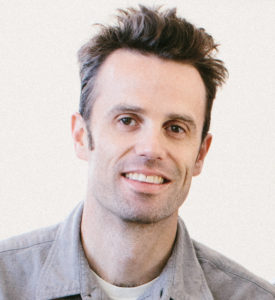 Ben Botts (he/him/él) has been CDM’s Legal Director since March 2017. At CDM, Ben leads a binational team of attorneys, paralegals and law students who engage in strategic litigation and advocacy to hold abusive businesses accountable and ensure migrant workers’ access to justice. Since 2017, CDM’s legal team has supported migrants across industries to achieve numerous critical victories, including the first-ever decision applying the protections of the federal food safety whistleblower law to hog producers; and six-figure settlements for exploited workers employed in forestry, dairies, construction, and plant cultivation.

Ben joined CDM after six and a half years as an attorney in the Office of the Solicitor of the U.S. Department of Labor. At DOL, Ben litigated cases to advance the fundamental rights of workers in low-wage industries like agriculture, hospitality, and senior care. His achievements at DOL include trying and winning a case involving hundreds of H-2A agricultural visa workers who faced rampant wage theft, intimidation and retaliation, resulting in an order of more than $2.2 million in back pay and penalties; and mediating a $5 million consent judgment benefitting hundreds of misclassified courier drivers.

Ben studied history at U.C. Berkeley and earned his J.D. at Berkeley Law. He is admitted to practice in California.