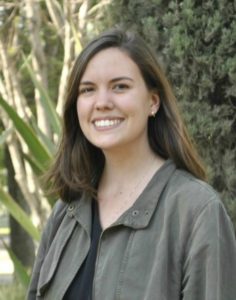 As CDM’s Campaigns Director, Evy Peña key campaigns that cross program areas and borders, including the USMCA and FIFA. In her previous role as the organization’s Communications and Development Director, she ensured migrant workers’ voices were reflected in the media and secured major funding. Notably, she has crafted media strategies to facilitate access to justice for class-action litigants in high-profile cases involving the criminalization of immigrants. She has conducted dozens of communications and storytelling workshops for hundreds of advocates and migrant workers across borders. Her writing has appeared in Proceso, Reforma, and Animal Politico.

Prior to joining CDM, Evy worked as a reporter for the newspaper El Norte and at a communications consultancy in New York and DC. She holds a bachelor’s degree from the Edmund A. Walsh School of Foreign Service at Georgetown University.