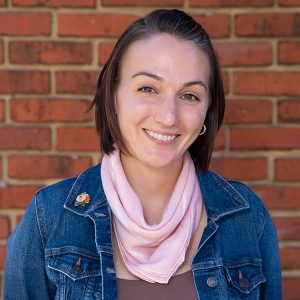 Katie is Project Manager & Public Health Liaison at CDM. Katie is a proud Baltimore resident and first came to the city as a Shriver Peaceworker Fellow at UMBC, where she received her M.S. in Geography and Environmental Systems. Her master’s research focused on the experiences and impacts of Latine immigrants within a neighborhood food system. In 2016, Katie was selected as an Open Society Institute Baltimore Community Fellow to support immigrant food entrepreneurship and organize faith leaders and neighbors as immigrant allies. Immediately prior to joining CDM, Katie worked with the Baltimore City Mayor’s Office of Immigrant Affairs. She is also a Returned Peace Corps Volunteer (Guyana, 2012-2014).