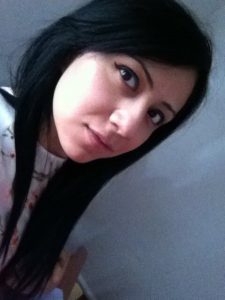 Barbara wanted to be an au pair, but she never got the chance. Instead, she experienced first-hand how obscure and bureaucratic the J-1 recruitment process can be. A native of Mexico, Barbara was hoping to travel to the United States through the Au Pair Program in order to learn English and gain professional experience abroad. She sought out one of the few sponsor agencies that are licensed to manage au pair hiring and placement, and which charge participation fees to both prospective au pairs and host families alike.

Three days after arriving in the United States for her requisite au pair training, Barbara’s dreams came to a screeching halt. For reasons that still remain unclear to her, the sponsor agency confronted Barbara, accusing her of being unfit for work and citing a medication she was no longer taking. Having been initially cleared for participation, Barbara was taken aback. She felt targeted and alone. She did not have access to a lawyer who could defend her, nor a doctor who could conduct the needed tests to make her case. She wanted to reach out to her family for help, but she was unable to communicate with them due to limited phone access. Back home, her family struggled to contact her and became increasingly worried when they received no response.

After a long legal process that challenged the sponsor agency, Barbara managed to recover a percentage of the program fee. Intent on starting anew, she applied once again to be an au pair through a different licensed agency. Nevertheless, after making her payment, her application was denied. Barbara learned that the first agency had accused her of misusing her visa and filed a report. As a result, Barbara was marked delinquent.

Today, Barbara is a vocal advocate for greater recruitment transparency for J-1 workers. She argues that the agencies responsible for au pair recruitment should be monitored and held accountable for the conditions they promise. She also believes that the program could be improved by guaranteeing access to legal and health services for program participants and by providing workers with independent, workers’ rights education and support.

“They do not give correct information. There’s a lack of transparency and accuracy in the recruitment process, and everybody is interested in money. Recruiters only try to generate commissions from applicants.”