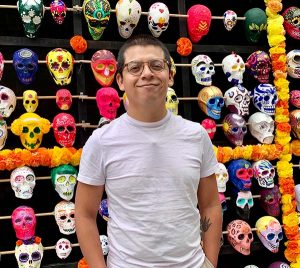 CDM’s first digital organizer, Ricardo Ortiz is a Mixteco-Oaxacan activist and journalist. From the start of the COVID-19 pandemic he actively supported his community in Baltimore: distributing food to their homes, providing information about the vaccine and places to get tested, even helping with translations and applications to social programs. This led him to be invited by Baltimore Mayor Brandon Scott to join his transition team on the human services committee.

He was a community organizer at CASA, the largest Mid-Atlantic organization fighting for the rights of the migrant community in the United States. Since 2014 he has worked in different national news outlets in Mexico. Among them El Heraldo de Mexico, where he was part of the team that relaunched the newspaper in 2017. He has written about national politics, mainly about the activities of the president of Mexico, the Senate and the National Action Party.