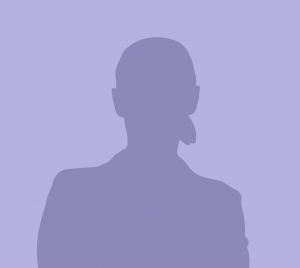 As a J-1 au pair, Heidi was told that she would be treated to a year-long cultural exchange as a member of an American family. Soon after arrival, she began to see things differently. What started as childcare quickly snowballed into full-blown housework. Heidi found herself cooking for not only the children, but for the whole family; cleaning; taking care of the dog; and working seven days per week. Wanting to fit in with her host family, Heidi was eager to be extra-helpful, but soon she began to feel exploited. She took care of four children and earned the same $197.75 weekly wage as au pairs who cared for one. She was only allowed breaks on days that she worked more than ten hours, and sometimes, not at all. Her employer even asked her to teach the children Spanish, requiring Heidi to develop a curriculum and measuring results. When she tried to set boundaries, Heidi’s employers told her she wasn’t doing her job. On one occasion, she and the employer argued. The employer told her, ‘‘I hired you so you could work 24/7 so I don’t have to worry.’’ Although Heidi’s J-1 program entitled her to a partial academic subsidy, she was forced to pay her education back to her employers through deductions on her paycheck.

Heidi also struggled with racist overtones in her employer’s communication, like when she explained she “would never hire a European au pair because they don’t work as hard as an Hispanic.” Her employer’s use of the phrase “you Mexicans” made her uncomfortable. And there were times when Heidi felt that the family was spying on her. Her employer would go into her room and make comments about the state of her bed. When Heidi was out of the house, her employer would sometimes call her, her boyfriend, or even her boyfriend’s family, to check up on her whereabouts.

When Heidi tried to tell her local childcare consultant (LCC) that she was working overtime and never getting a day off, the LCC sided with the employer. Heidi felt harassed by her LCC, who addressed Heidi’s concerns with a “it’s not me, it’s you” attitude. Once, the LCC threatened her. Heidi felt that she didn’t know her rights. Another time, when a teacher at the child’s school asked if she was being treated well, Heidi was too scared to respond.

Heidi recommends that host families undergo the same psychological tests, criminal record checks, and other evaluation to which the J-1 Au Pair Program subjects au pairs. She argues that the rate of pay – $195.75 per week – should increase with the number of children in the home, or for additional activities. She herself had paid her sponsor agency more than $1500 in program fees.

“[My employer] works as a police officer and told me if she finds out I’m breaking any rules there will be consequences… things got so bad that I had to see a therapist.”