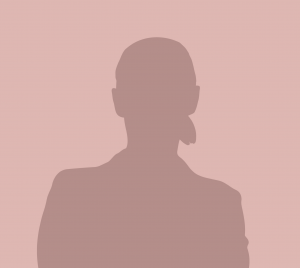 Johanna, a teacher, wanted to follow her dream of working with children with disabilities, but she could not find relevant employment in El Salvador. Upon discovering the J-1 Au Pair Program, she thought it would be an opportunity to focus on her field while having an adventure, too. Reading the cultural exchange program’s description, she was willing to pay the program fee required for participation. Johanna believed the sponsor agency’s publicity that she would be regarded as a “big sister” in an American family, and that she would be able to go to school.

Before starting work caring for three children with a host family in New York, Johanna had been told she would be entitled to two days off each week, no questions asked. Her new employers soon informed her that, aside from sick days, any days off must be requested and approved. Faced with so many kids – one of them autistic and requiring special care – Johanna felt like she could never take a break. Even though the job was supposed to include room and board, her employers would cook for themselves only, protect their food with labels, and they would avoid taking her to the store. Her employers supplemented her $4.22 average hourly salary with an additional $20 weekly allowance, with which she was expected to feed herself. She brought her troubles to the attention of her local childcare consultant (LCC), who “didn’t seem to care.” Her location and lack of access to transportation left her feeling isolated and alone. Homesick and constantly worried about money, she struggled with her decision to stay, but felt ashamed of returning home with no money and no improvement in her English. Finally, fed up with her situation, Johanna left four months before her program ended.

Johanna wishes that J-1 recruitment agencies would be transparent on expectations for both the au pairs and host families, and that employers should be better educated. Her greatest frustration is that recruitment agencies characterize the program in an unrealistic way, selling “two different realities” to families and au pairs. She feels that “both sides are being sold something unrealistic – the families think they are getting cheaper nannies, and the au pairs want to explore. The company says you’ll be [an] extra [set of] hands, not an employee.”

“When you come to the U.S., you think you’ll meet people, make money, and learn English. But you cannot do any of that. You’re with a baby the whole time — being paid very little. I left the program because it was not helping me achieve the goals for which I came to the U.S.”