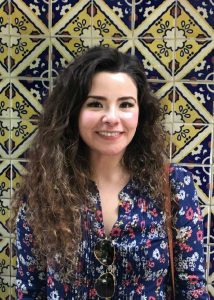 A recent college graduate, Lissette was eager to improve her English, learn a new language, and travel. Working on a cruise ship seemed like a perfect match. Program coordinators at her university put her in contact with a recruitment agency, which connected her with a California-based cruise line. Shortly thereafter, she was ready to embark. Upon arrival in California, Lissette was assigned to a route, not knowing where the cruise ship was going. Although she struggled to read her English language contract, Lissette trusted that that a reputable, American company would provide her with a positive experience. She never could have imagined what awaited her.

For the next two months, Lissette suffered exhaustion and psychological distress under a hostile environment she described as “authoritarian.” Tasked with meal service duties, Lissette worked day and night. The breaks she had been promised turned out to be as short as four to six hours – the only time she could use for sleep. With no overtime pay, her earnings amounted to less than $4 per hour. Having received insufficient job training, she lived in constant fear of her supervisor, who ridiculed staff and berated their errors without mercy. She did not always have access to her visa and passport, which were held for “safekeeping” in a company office.

Living within “constant confinement” and having little communication with her family only made the situation worse. Lissette watched as the work took its toll on her workmates, who self-medicated with drugs, alcohol, or sex. Fearing retaliation, most kept silent about their treatment. She heard about sexual assaults perpetrated by supervisors, who would freely ask female staff for sexual favors. She and her shipmates found brief respite while in port, when those with visas were allowed six-hour visits to the mainland. All the same, Lisette’s hair began to fall out. Months later, after returning home to Mexico, Lissette was shaken to learn that one of her shipmates had committed suicide. Although Lissette herself has actively sought justice for her case, she has been told that the odds are stacked against her. Today, she advocates for more breaks, overtime pay, and improved living conditions for cruise ship workers. She is outspoken about the dangers of misleading recruitment, wishing recruiters would thoroughly explain workers’ contractual rights and responsibilities so that prospective workers could make informed decisions about their employment.

“I had so much confidence going with an American company… I thought they were going to pay me for the extra hours I worked. I thought I was going to have more control. I was very deceived.”