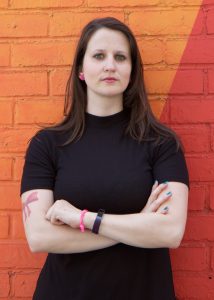 Mara had dreamed of coming to the United States to pursue an acting career. A friend put her in touch with an authorized J-1 sponsor agency. After meeting the J-1 Au Pair Program requirements, she paid the sponsor agency $300 and was placed with a family in a small town in Massachusetts. Before departing Brazil, Mara received a contract describing her duties, but not her pay. Once in Massachusetts, Mara lived in her employer’s home and worked for 45 hours per week caring for their children, transporting them to school and other activities, helping with their homework, and preparing meals. For this work, she was paid $195.75 per week. On the occasion that she was required to work additional hours, Mara’s employers compensated her in-kind with presents or gift-cards. Her employers told her that eating with the children counted as her “break.” Having had no prior contact with the family before her placement, Mara soon began have difficulties working with the children charged to her care, who began to mistreat her. She complained to the sponsor agency, which ignored her pleas. After three months, Mara’s family terminated her employment, and she scrambled to find another placement. She lost two weeks’ of work and income during this time, but considered herself lucky to have been placed with another employer in a different state: according to Mara, in her experience, it was common for au pairs to be kicked out of their placement homes and sent home.

Despite being the only au pair in her household, Mara sought comfort in her friendship with other au pairs she met in her classes and online. She found that finding a “good” family was entirely based on luck, and she heard about families that “really wanted to enslave the au pair.” She recommends that the au pair program should establish higher pay, especially in households with more children, and should set more clearly-defined work schedules and duties that strike a better balance between workers’ and employers’ interests. She felt it was unfair that her host family had the sole power to set her schedule and sometimes left her in charge of the kids, alone, fulltime. She lived in constant fear of being sent home for complaining.

“Even if you’re not working in your free time, you don’t have rights to do whatever you want to do. You’re being watched all the time. Some families put a curfew.”