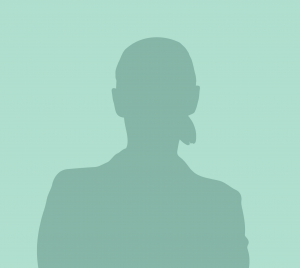 In her home country of Nicaragua, Patricia was not making enough money to support her family. With two children in secondary school and a newborn baby to take care of, she was attracted to the opportunity to earn a better income working as a nanny in the United States through the J-1 Au Pair program. As a nanny, she calculated that she would be able to earn the equivalent of a week’s worth salary in Nicaragua in a single day. Although the fee she had to pay to the El Salvador-based sponsor agency “wasn’t cheap,” she reasoned it would be worth the cost.

Patricia acknowledges that compared to other au pairs’ experiences, she was fortunate: her host mother was supportive, she had frequent breaks, and she worked in a safe neighbourhood. At the same time, the long hours and low pay weren’t what her contract had described. The task of caring for her host family’s four children was more demanding than expected, and she found herself regularly working eleven-hour days for the equivalent of $3.50 per hour without overtime pay. She often felt overwhelmed.

Looking back on her experience, Patricia believes that greater support should be provided for childcare workers. While J-1 au pairs have a local childcare consultant (LCC) that they meet every month, Patricia felt that her LCC was distant and unable to provide the support she needed. Friends of Patricia’s also found that the LCC was unattentive to more serious issues that arose within their respective host families. She observed that in her experience on the whole, J-1 au pairs were largely left to support one another.

Patricia also suggests that health insurance provided through the J-1 au pair program should be tailored more appropriately to the needs of women. In particular, she notes that general or gynaecological checkups were not covered by the insurance provided and required that au pairs – the vast majority of whom are women – pay for these expenses out of pocket.

Finally, Patricia believes that workers should not be misled about their working conditions. She argues that work limits should be more strictly enforced and that au pairs should not be obligated to perform tasks outside of the primary childcare responsibilities requested of them.

“The program [should] give realistic information with real expectations of what a person will do. Don’t lie about things that you were supposed to have/expected…and if they tell you that they’ll have someone to support you, they should actually provide it.”