Sandra and Tatiana worked for the same family separately, in 2016 and 2018. But their experience was far too similar.

While working as au pairs in Maryland, Sandra and Tatiana were forced to work beyond contracted hours and responsibilities. Their employers limited their access to food, restricted their movements, threatened them with deportation, and constantly monitored them through a network of surveillance cameras. Sandra and Tatiana arrived in Maryland indebted after paying thousands of dollars in program fees. 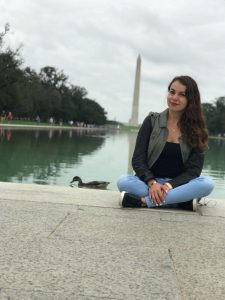 ca filed a lawsuit against a Maryland couple — their “host family” — and a sponsor agency for breach of contract, forced labor and trafficking. CDM and Kahn, Smith & Collins, P.A. are representing Sandra and Tatiana in the case.

Sandra Peters said: “We are seeking justice not only for us but for all the other au pairs who lived with this and other families and have suffered like we did. I believe that if au pairs hear about our case, they will arm themselves with courage and take action.”

We’ve seen this before. Misrepresented as a “cultural exchange”, the J-1 au pair program exposes thousands of young workers — mostly women — from around the world to exploitation and trafficking. In 2017 and 2018, CDM pushed the Maryland legislature to increase protections, but we ran headfirst into the powerful au pair lobby who opposed basic protections for these childcare workers. Now, the State Department is planning to further scale back protections, denying au pairs access to state minimum wage protections. 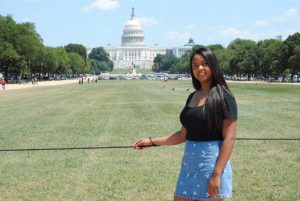 “Our case is a clear example of how the au pair program puts young women at risk for labor rights violations,” said Tatiana Cuenca. “The program should be restructured in a way that provides access to justice for workers like us. We deserve to be treated with dignity and respect.”

The au pair program is a work program. We’re fighting alongside Tatiana and Sandra to make sure that au pairs have strong worker protections.