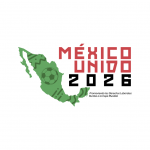 The 2026 FIFA World Cup –which will be hosted in cities across the United States, Canada and Mexico – is a unique opportunity to raise labor standards for working people in North America across a range of sectors.

The stakes are high given the number of sectors, geographies and workers involved in this event. And CDM’s transnational model puts us in a unique position to raise labor standards around this event. The region will be under incredible scrutiny and we may set new precedents for migrant labor rights in the Americas, as well as in future World Cup host countries.

We have seen the dangers of ignoring human rights at mega sporting events. Reports on the Qatar 2022 World Cup have revealed the terrible conditions faced by the two million migrant workers involved in the construction of stadiums, subways and roads: forced labor, unpaid wages, excessive working hours and even deaths in their workplaces.

The objective of Mexico United 2026 network is to contribute to the promotion, protection and defense of labor rights in Mexico, surrounding the 2026 FIFA World Cup. We are proud to be able to collaborate with our allies at Partners of the Americas, Center for Labor Reflection and Action (CEREAL) and the Network of Women Trade Unionists (RMS) in this project. As a coalition, we attentively call on FIFA to:

Check out some resources from our network:

Matches in Mexico will take place in Monterrey, Guadalajara and Mexico City. Check out the human rights plans of each city as well as their evaluations: