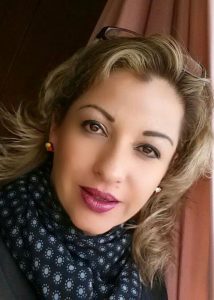 Unbeknownst to Beatriz, her employer had declared bankruptcy before she was even hired. A native of Mexico, Beatriz and her two daughters had travelled to the United States as dependents of her husband, who had received a TN visa. Unfortunately, the terms of the TN visa were not designed for families, and the dependent status Beatriz and her teenage daughters received did not allow her to legally work in the United States. While she maintained her consulting job in Mexico from abroad, when a Texas-based management consulting firm offered her an attractive TN visa sponsorship, she quit her consulting position, which she had held for 13 years.

In the employment offer, Beatriz’s new firm described her “significant business management and consulting experience” as a prerequisite to her skilled employment. On her first day of work, however, she was shocked to discover that she had been deceived. Although hired to train and supervise other staff, Beatriz was the company’s sole employee, besides her supervisor. There was no place for her to apply her skills or knowledge. Instead, she was forced to work as a secretary, putting in extensive overtime hours to compensate for six vacant positions. When she suggested that her supervisor hire additional staff, he became aggressive, holding her hostage in their office as he humiliated and berated her for hours. She felt scared, humiliated, and disrespected. During this time, her spouse abandoned her and her children, leaving Beatriz as the sole provider for her family. Only three months after beginning her employment, the firm closed, leaving her without an income or options for employment. Unable to legally work for another company under the terms of the TN visa, she suffered heavy financial loss and emotional distress.

Seeking legal help for herself and her daughters, Beatriz reached out to the Mexican consulate, who advised her to simply return home to Mexico. The nonprofit organizations she contacted were at capacity, and she did not have money for a private lawyer. Those she contacted said they did not have enough information about TN visas to assist her. A church in Texas provided her with assistance for food, gas, and money. Despite having read about the TN visa in detail, Beatriz was gravely deceived. She urges government agencies to properly regulate TN businesses and employers, ensure that they are financially solvent, and ensure that they respect workers’ terms of employment.

“Ignorance about this type of visa is the biggest problem. I lost everything we have because I am not able to work for another company. I was not able to defend my rights.”