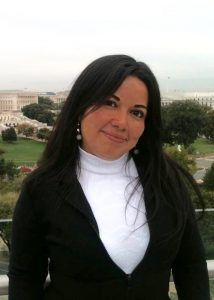 Growing up, Adareli never understood why anyone would want to leave her hometown in Hidalgo, Mexico to work in the United States. It wasn’t until she graduated from high school and struggled to find employment that she considered migrating. The recruitment process was competitive and difficult, and especially so for women: while men in her community were able to apply for both H-2A and H-2B jobs in different industries, women were only offered H-2B factory work. Her local recruiters argued that women’s physical limitations disqualified them from certain jobs.

When Adareli arrived at the factory in Louisiana, she found that her supervisors did not respect her and her colleagues’ dignity as women or human beings. Her male counterparts would earn more, carrying and stacking boxes, while women packed chocolates on assembly lines. In the words of her boss, H-2B workers’ only role was to work – the company would not tolerate complaints or illnesses. Having paid transportation and visa costs, Adareli continued working to pay back her debts. On her fourth season of work, Adareli and seventy colleagues implemented a work stoppage, demanding fair labor standards. Afterwards, the working conditions mildly improved; nevertheless, Adareli’s fear of retaliation was realized when the company decided not to hire her or her coworkers again.

Adareli has dedicated much of her time and energy to fight for workers’ rights and transparency in recruitment. She wishes that recruiters would be up front with migrant workers about employment terms, and that employers would give women an equal chance to prove their abilities. She advocates for greater job mobility, arguing that migrant workers should be able to switch employers to escape exploitative working conditions and seek fair employment in the U.S.

“I would talk to my female colleagues about our rights so that we would defend our dignity. But I realized, in that environment, fear was still preventing us from standing up for ourselves like we were meant to do; fear to lose our job, have to return to Mexico and not being able to support our families… I wish that as migrants, we wouldn’t be tied to an employer, wouldn’t lived bound and unable to change jobs in the face of unjust conditions.”