Another HUGE win for migrant workers!

This is a watershed moment.

On Tuesday,  Mexico and the United States signed a historic agreement (MOU) on protections for migrant workers. Thanks to our relentless advocacy, the agreement includes unprecedented provisions to strengthen workers’ rights across the region!

For the past 17 years, CDM has led cross-border campaigns to advance migrant justice and gender equity in labor migration. You may remember Adareli Ponce and Maritza Perez, two migrant worker women who submitted the first petition against the U.S. government under the USMCA in March 2021. Together with a coalition of allies from across the region, we argued that the U.S. government failed to live up to its obligations under the trade agreement by facilitating systemic sex discrimination in temporary work programs. Since filing our petition, we’ve spent 664 days mobilizing allies and workers, meeting with dozens of government officials from Mexico and the US and submitting supplementary evidence.

Now, our efforts are paying off. For the first time ever, migrant women’s demands are answered in the agreement between the US and Mexico. The memorandum directly reflects many of our recommendations. Some key provisions include:

This is a tremendous step forward in our fight to end  discrimination against migrant women. We’re so honored to celebrate this win alongside our allies, Maritza, Adareli and all the courageous women who have shared their stories. 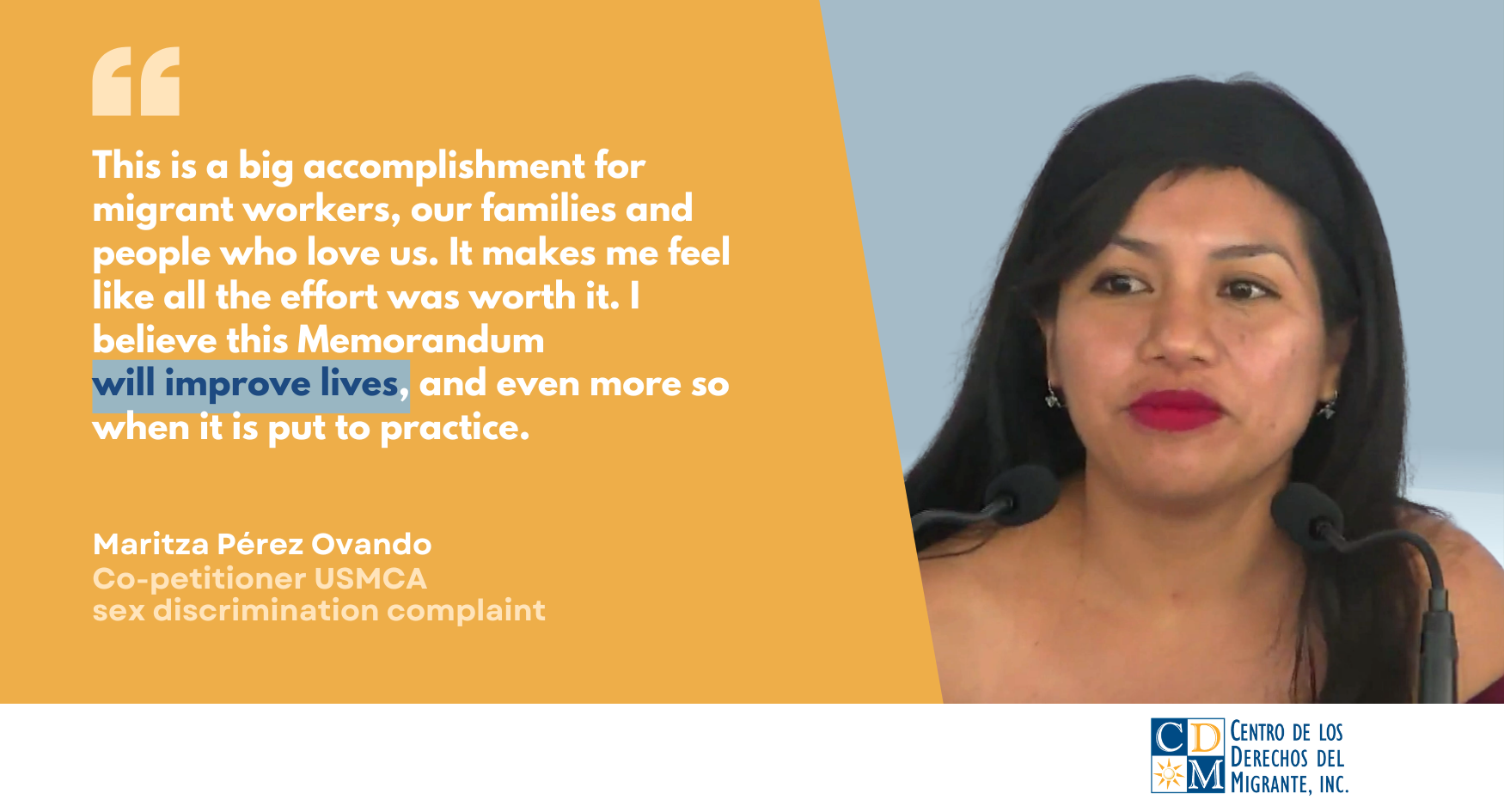 This agreement comes less than a week after the U.S. government announced a process to offer immigration protections and work authorization to migrant and immigrant workers who are defending their rights. Through these victories, we’re building community power and supporting workers to hold abusive employers accountable without fear of retaliation.

What’s next? Solidifying worker protections in the implementation of the agreement. Our team will continue to advocate to expand access to legal services, providing workers with the possibility to use these groundbreaking policies to exercise their rights!