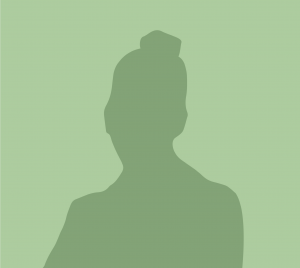 As an elementary school teacher in Brazil, Carolina already had significant experience working with young children when she set off to the United States to improve her English and career prospects. On paper, the J-1 au pair program seemed like a “good deal,” and so she applied. The program cost $2000 up front, which Carolina paid directly to a recruitment agency. These funds were to cover, in part, her travel expenses and program fees that would provide her support throughout her time in the U.S. However, the fee didn’t guarantee her placement, because ccording to Carolina, the agency “doesn’t help match you with a family, so you wait for a family to contact you.” She was nervous that she would lose her deposit if she couldn’t match within the 3-month window allowed. Lucikly, however, one family reached out, and after paying a flight and a visa expenses, Carolina was on her way to California.

Things with her new family ran smoothly at first. While other au pairs she made friends with shared stories of having to do excessive household work, Carolina spent most of her time on childcare duties working 45 hours per week caring for two boys. Soon, however, she began to have trouble with her wages. Alluding to financial troubles, her employers began to pay Carolina every two weeks, rather than weekly, in violation of the J-1 program’s rules. On occasion, the payments lapsed, and Carolina didn’t get paid for “weeks at a time.” Earning only $3 an hour, Carolina found these times challenging and “really hard to budget.” When she talked to her LCC about the problem, she was warned that trying to switch families might mean losing her J-1 status all together: according to her program’s rules, if she couldn’t re-match with a new family in 2 weeks’ time, she would have to go back to Brazil. She also needed to complete the program in order for her host family to reimburse her the cost of her English classes, a requirement of the J-1 au pair program. Stuck between these difficult decisions, Carolina felt “pretty miserable.” Ultimately, she decided to see her placement through for two more months, even though she struggled to recover the full salary owed to her, and the family never reimbursed her fully for her courses.

Carolina also reports feeling uncomfortable around her host father, who acted “playfully” around her, shot her lewd glances and make comments that made her feel like he was “flirting.” She tried her best to avoid him.

Looking back, Carolina wishes that the sponsor agency had taken more responsibility for knowingly keeping her in a household that was unable to keep up with its financial commitments either to her, or to the sponsor agency: she later discovered that some of the family’s program payments had bounced. She feels that her employers “definitely bypassed the rules of the program by taking advantage of someone that didn’t speak English.”

Overall, Carolina observed that the oversight structure of the J-1 au pair program deterred her from taking action to change her situation when she felt that her rights were at risk. While Carolina felt comfortable with her local LCC, she knows that “some are not as helpful as they should be.” The biggest fear for Carolina was not being able to re-match in two weeks and having to return to Brazil; she notes that the “the rules are not so fair,” as families are not held to the same pressures or oversight and have less of an incentive to improve their treatment. She also thinks that conditions could be more fair, and more transparent, from the moment of recruitment by allowing the au pair to know more about the family and the au pair’s responsibilities.

Carolina is grateful for the strong bonds she was able to form with other J-1 au pairs from “all over the world.” At the same time, she acknowledges that overall, she “didn’t really have much experience with the big picture of American culture” in the year and a half she spent living with an American family. Instead, she felt that her time in the household was “a job” – ironically, one that she paid for; says Carolina, “They think that they are doing me a favor by letting me stay in their house and giving me an opportunity, but I’m here because I paid for that.”

“If you compare work of au pair and work of nanny, it’s the same. But nanny makes 10x more hourly. Just give us a reasonable explanation as to why we make less money.”