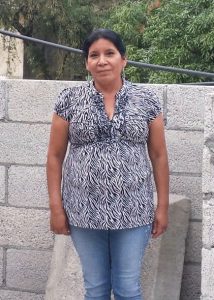 Daria had to fight to find a recruiter that would give her the opportunity to work in the United States. Recruiters charged money for the opportunity to work, so Daria had to take out loans. She landed an agricultural position, but soon found that opportunities for men and women were not equal at her worksite; while men were sent to harvesting jobs with H-2A visas, women like Daria were given H-2B visas and were assigned to sorting vegetables.

Immediately, Daria found that her work, and pay, did not meet expectations. Earning 10% less per hour than promised, Daria and her female colleagues also only worked three to five hours per week – a far cry from the forty hour workweek described. When work was scarce, Daria watched as the company supervisor would come by and pick up the men for work, leaving the women behind to clean their dormitories. She described the supervisor as a crass and intimidating man, who would yell at the women for being slow. The company took her passport from her, retaining it until the end of the season.

Daria’s worksite was so remote that she and her colleagues had no choice but to live in company-provided farmworker housing, for which they paid monthly rent. The dormitories were poorly equipped for mixed-gender living. To reach the bathrooms, for example, Daria and the other women would have to walk through the men’s dormitories. The bathroom itself, shared by both men and women, was a common room of stalls, with only a door to the outside. This experience made Daria excruciatingly uncomfortable, especially when some of the men had been drinking.

Far from town, and with no telephone, Daria and her female co-workers had little communication with their families or with the outside world. They were always waiting for work. The stress and isolation finally took its toll, and one day, Daria collapsed, unconscious. At the hospital, she was diagnosed with deep emotional distress. Eventually, she found strength in a church group, whose members prayed with her and gave her encouragement.

“It was a pigsty. There was no door. I cried a lot because everything was terrible – I had to sleep on the floor and I suffered backaches and couldn’t sleep. The floor was very dirty. Those who had worked there longer were better off because they managed to buy mattresses.”