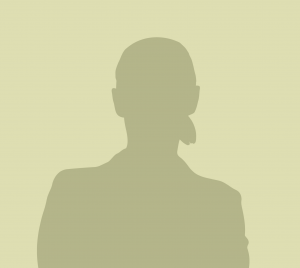 As a divorcée, Debora initially had trouble finding a J-1 au pair sponsor agency that would accept her. A native of Brazil, she was hoping to travel to the U.S. to learn English. After a couple of attempts, however, she succeeded in finding an agency to sponsor her, matched with a family in Maryland, and was soon on her way after paying the required sponsorship fees and visa expenses.

Upon arrival, Debora found herself living and working under dramatically different circumstances than what she had expected. She found that the family expected her to “work as a maid” and provided her a list of household chores “outside of the job description” that included cleaning the fridge, vacuuming the house, cooking for the entire family, cleaning, and doing laundry. She found herself laboring for more than 50 hours per week, sometimes up to 12 hours per day, earning under $4 per hour with no overtime pay. Breaks were few and far between, and was told that the time the childrent spent napping was sufficient. She was constantly on call, and on free nights during the weekends had to respond to a strict curfew lest she be “locked out of the house.” Although she understood that having access to the car was part of her righst as an au pair, she found that there were often “loopholes” that caused conflicts between her interests and her employer’s. She had to ask permission for “everything, even to go to school” to meet her English requirement, and had to pay to wash the family car out of her meager earnings. On one occasion, she missed a mandatory meeting with her LCC when the family decided to have the car cleaned instead.

A breaking point came when the family spontaneously decided to move to Florida and expected Debora to move with them. To Debora, it seemed as though the family had just “used her” to help them with the move. Unhappy, Deborah asked her LCC for a rematch with a new family, but was denied when the LCC told her they couldn’t find “good reason.” Despite her protests, Deborah had no choice but to help the family move to Florida. Once there, however, it was the family itself that asked for the rematch a mere two weeks later, confirming to Debora that she had served her purpose.

While Debora found her second family to be a vast improvement, her experience in Maryland provided an important lesson about the unpredictable J-1 au pair recruitment process and support system. She believes that the rights of J-1 au pairs must be respected as workers, with enforceable rules for what J-1’s are responsible for completing when on duty and clearly defined hours and free time. She argues that J-1 workers must be given less hours and better pay in accordance with the number of children in their care. She is also an advocate for thorough background checks on host families and home inspections to ensure that au pairs are placed in safe and decent working conditions. Finally, Debora asks that J-1 au pairs be provided with better insurance than the minimum emergency coverage currently offered, which she felt was a source of stress in her case: on an au pair salary, healthcare services were so far out of reach that she “went two years without seeing a doctor.”

“Because the program says you need to be a part of the families, I think you need to set boundaries. It’s work… It would be perfect if [compensation] were hourly, because they you’re paid for the amount you actually work and there would be less abuse of the 45 hours. Fair would be at least $10/hour… Now, it’s only $200 [per week], which is too little for the amount of hours. There’s also no pay difference for the amount of kids you take care of.”