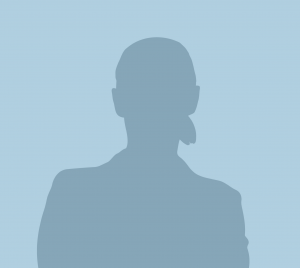 As a widow, Eva decided to seek work in the United States in order to support her young daughter and three grandchildren. Crab processing was by and large the only job opportunity that her local recruiters offered to women in her town, a fact still true to this day. Eva has worked in Maryland as an H-2B crab picker for nearly a decade, spending more than half of each year away from home. It’s a sacrifice that she struggles with emotionally, and she yearns to bring her 12-year-old daughter with her to the United States, knowing that this is impossible. Still, she is grateful that the opportunity allows her to provide her family with a better life.

In her worksite, Eva describes marked differences between the types of jobs that men and women perform. Women work exclusively in picking the meat out of crab and earn their salary based on the weight of crab meat picked. While only a small percentage of workers in her company are men, none of them are piece rate crab pickers. Instead, they earn hourly rates and are in charge of loading and unloading meat, cooking and hauling crab and equipment. For this work, Eva says, “they can make more money because they work more hours.” Eva, who has done the math, says that women earn on average $0.50 less per hour than their male counterparts. The pressure to work at piece rate also means that many women feel the need to work through their break time. She believes that “it’s necessary for men and women to be paid equally, because we work equally hard – and frankly, I think we women work much harder.”

Eva finds her work environment to be strict in most aspects except for health and safety. Picking crab at breakneck speed with sharp knives means that the women cut themselves regularly and are prone to serious infections. She says that while her workplace provides everyone with plastic gloves, they serve a hygienic, rather than safety, purpose. “They don’t protect you against anything,” she says, and are “always dirty.” Besides, they can be chastised by the supervisor when pieces of gloves fall into the crab meat. Eva, like many women, simply go without. She also hopes that one day, migrant workers like herself will be provided with medical insurance.

Although Eva believes men and women in her workplace have similar contracts, she believes that men “have more rights, because the work they do is different.” She’s seen how certain male coworkers take advantage of their position by sexually harassing coworkers, often publicly. One worker in particular, she says, is fond of inserting his fingers into female workers’ underwear while they are working and to “give hugs.” One time, when he tried to “hug” Eva, she reported him to a supervisor. Eva believes it’s important for women to know their rights and not “stay in silence” when problems occur. She thinks supervisors should exercise more oversight over the rampant sexual harassment in the workplace and not turn a blind eye.

Eva is convinced that she, and other women like her, should have a shot at working in the other, higher-paid industries and jobs that are offered to men, like in construction and in H-2A agricultural work. She says that “if the employers could only see what we do,” they’d feel the same.