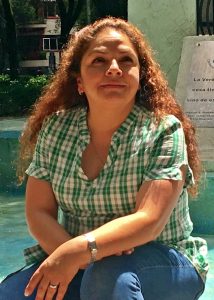 Mayra responded to an online advertisement: a wealthy family was looking to hire a domestic worker over 35 years of age at their Florida home through a Mexico-based recruitment agency. Although the agency provided only vague information about her employment, Mayra was attracted to the prospect of earning a U.S. salary far above what she could earn as a domestic worker in Mexico. She understood only that her primary responsibility would be to care for children. She wouldn’t learn about her schedule, or even the name of the family, until she arrived in the United States and began work. To discourage her from changing her mind before departure, the recruitment agency representatives held onto Mayra’s passport and visa, returning it to her at the airport on the day of her ight. Feeling pressed by a family illness and mounting nancial concerns, Mayra trusted that the opportunity was worthwhile.

Once in Florida, Mayra quickly realized she had been misled. Working fteen-hour days, she was paid $5 per hour or less. Besides caring for the children, she performed all household duties, including cleaning, cooking, shopping, and caring for the dog. Mayra was only permitted to leave the house on Sundays – after walking the dog – and she had to let her employer know where she was at all times. Through psychological manipulation, her employer made Mayra feel too helpless to take any action against her deplorable working conditions. She had little contact with the outside world. It was months later, when she began to speak with other domestic workers in her neighborhood about her situation, that Mayra realized her employers were exploiting her.

Mayra is determined to ensure that others are not subject to the conditions she experienced. She is now certain that employers understand, and take advantage of, some workers’ economic needs. She wishes migrant workers would have access to legal services, which she has struggled to secure. She is also critical of the recruitment agency’s obscure dealings and its lack of accountability, and believes that recruiters should be held accountable for their role in exploitation.

“The lack of information about our rights and access to legal services leaves us in a vulnerable position. I wish I could tell other domestic workers that they should ght for fair compensation… It’s worth it to inform yourself. Know that you have rights.”