New trafficking lawsuit: Eduardo and Gerardo are taking their employer to court

Eduardo and Gerardo, two workers from Mexico, had been recruited to work as farmworkers in the United States on H-2A visas. After going weeks without getting paid, Eduardo and Gerardo spoke up. Their employer’s recruitment agent lured them to the local Walmart for a “shopping trip” under the guise of a “housing inspection.” Immigration authorities were waiting. The workers realized their visas had not really been extended, as their employer had told them. They were detained and returned to Mexico.

Today, Eduardo, Gerardo, and four of their colleagues are taking their employer, Four Star Greenhouse, source of the popular “Proven Winners” plants, to federal court. Represented by CDM and our allies at the Michigan Immigrants Rights Center and the Farmworker Legal Services of Michigan, this group of brave H-2A workers is suing Four Star for trafficking and retaliation.

This isn’t an isolated incident. Employers hold all the power, flouting the rules, while law enforcement is more than willing to act as their enforcer. The corruption and de 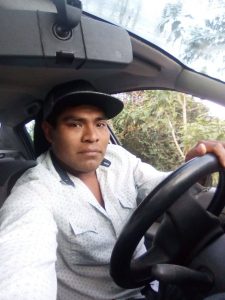 cay runs so deep in these guestworker programs that employers routinely use immigration enforcement as their muscle, threatening and deporting workers before they can raise the alarm and pursue legal action.

“It’s unjust for us to travel so far – to be separated from our families and at points, not even know how they are doing- and then for our employers to fail to fulfill their promises to us, not pay us, and retaliate against us. It is not fair,” shared our named-plaintiff, Eduardo Reyes Trujillo.

Simply put, the structure of the H-2A program facilitates trafficking. Instead of strengthening protections for workers, the government is easing requirements for employers to hire H-2A workers during the pandemic. We must remain vigilant.

“We received so many false promises. It shouldn’t be possible for us to work so hard and not get paid as one should – for me that is corruption. I am grateful that today we are fighting for our rights,” shared Gerardo Santiago Hernandez.

Our legal team is tirelessly working to remove the border as a barrier to justice for workers like Eduardo and Gerardo.