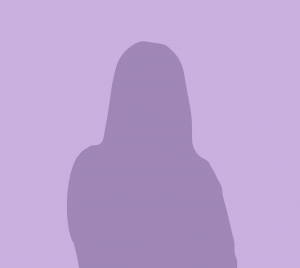 Zareth traveled to the U.S. as J-1 au pair with the goal of improving her English. With improved language skills, she planned to seek a better job in her field of industrial engineering back home in Colombia. After paying several thousand dollars in fees to a sponsorship agency and for her visa expenses, she was placed with a family in Massachusetts.

The quality of Zareth’s experiences, however, fell far short of her expectations with each family she worked with over her year-and-a-half tenure in the U.S. In the first house, her host family required she work over the weekend during her normally scheduled off time. Later, she was treated as the cleaning lady by another host family, who forced her to clean up after their children, even during her spare time. Zareth calculated that her average earnings totaled just over four dollars per hour.

Likewise, her living conditions were also variable. In one house, her host father was extremely aggressive with her and sometimes made her feel uncomfortable with leering glances. In another, her found herself living in near-squalid circumstances with signs of hoarding that caused her discomfort and was a source of conflict in the home. At one point, Zareth was forced to sleep in a basement with noisy, exposed plumbing just above her bed. When she attempted to bring her housing concerns to the attention of the sponsor agency, the local program Coordinator said that there was nothing he could do.

With multiple families, Zareth endured regular verbal abuse from employers who were “very mean” and made exorbitant demands on her time and efforts. In one household, her employer gave her no free days and insisted that Zareth work a schedule that made it impossible for her attend English classes. In another, she was treated “like a cleaning lady” and was constantly berated by employers who were “always yelling, always mad.” In yet another, she struggled to have her basic needs met: she reported being forced to eat leftovers that the family “didn’t want to eat” and was only allowed to use the household phone “once” to call her family. With a meager salary amounting to little more than $4.20 per hour, for Zareth, purchasing a U.S. phone plan meant “almost a week’s pay.” Sometimes, things got so bad for Zareth that she “didn’t feel like a person.” She thought about reporting her story to a newspaper in Colombia to warn others about her experience.

Zareth believes that better wages are necessary for J-1 workers to be able to survive while working abroad. She also believes that mental health support is essential to support workers who find themselves in challenging and unfamiliar situations.

“I think au pairs need more money and in terms of food, I think the program should give a good amount of specifications. There should be mental health checks for the families and better working conditions… I think that applicants in Colombia should have more information, not just about the family, but about the living conditions, and talk to other au pairs. I told a friend not to come.”